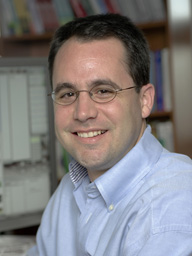 Avi Rubin is a professor of Computer Science at Johns Hopkins University who is famous for bringing to light vulnerabilities in Diebold Election Systems’s Accuvote electronic voting machines.

(read about his book about the experience: Brave new ballot; The battle to safeguard democracy in the age of electronic voting)

Avi has expressed his support for HR811.

I support Holt’s bill. I know that many activists, including several who have contacted me today, are opposed to this bill because it does not entirely ban DREs. However, at the moment, I believe that we need this bill to pass. It would outlaw the voting systems used in places like Maryland and Georgia and, I believe, 13 other states that have entirely paperless voting.

What’s sorely lacking right now are paper trails and mandatory audits. Holt provides these. I do hold out hope that some day we will be able to utilize the added benefits of end to end cryptographic systems. But right now, the Holt bill is the best measure I can foresee to have a realistic chance of eliminating the paperless DREs that I may have to vote on next November 4th.

This entry was posted in HR811, legislation, news, votingmachines. Bookmark the permalink.